Along with unveiling details today about the upcoming release of Windows 10, Microsoft announced that Windows 7.1 and Windows 8 users will be able to upgrade to the latest version free of charge within the first year of the release.  This is a clear indication that Microsoft wants to drive quick adoption of this platform by enticing users to jump over and beyond Windows 8.

I am anxious to see if business customers will be able to take advantage of the free upgrade opportunity.  Line of business software providers will need to quickly develop, test, and support the latest OS in order for businesses to make the leap within the first 12 months.  The sooner businesses ask about and press for compatibility, the better.

The move to Windows 10 will likely be easier for consumer users and their familiarity with the new OS, good or bad, will also influence business adoption pace.

Via WordPress.org: “WordPress versions 3.9.2 and earlier are affected by a critical cross-site scripting vulnerability, which could enable anonymous users to compromise a site.  This presents significant reputational, regulatory, and possibly operational risk to companies that conduct business on WordPress sites.  Websites sites should be updated to the latest version, 4.0.1, as soon as possible.”

Go West IT recommends that you contact your website developer to perform this upgrade, as it may also require that numerous plugins are simultaneously updated to maintain functionality.  If you do not have a web developer please feel free to contact Go West IT for guidance. 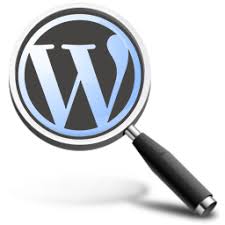 Go West IT is honored to be included in the Colorado Biz Magazine 2013 list of Top 250 Private Companies in Colorado.  We are extremely thankful for the continued growth of Go West IT.  We attribute our success to our loyal customers, our  team of dedicated professionals, and a service offering that delivers real value to our customers.

Go West IT extends a sincere thank you to all of our military veterans.  We want to specifically thank two of our own this Veterans Day.

Rian Cox is a Go West IT Systems Engineer and served in the Army before pursuing a career in IT.  Rian’s grandfather, Platoon Sergeant Alan Grandstaff, is a Medal of Honor recipient.

Matt Staats, Director of IT at Go West IT, served in the Army before obtaining a degree in Information Systems and pursuing his career in IT.  Two of Matt’s brothers are currently serving in the Army.  One is a blackhawk pilot deployed in the Middle East and the other is a Sergeant Major at Fort Drum.

Thank you Rian and Matt for your service to our country.

The time is NOW!  The end of Windows XP support is near and it is a big deal.  I believe the risk of using XP beyond the April 2014 date, when Microsoft will stop supporting the 13 year old operating system, is significant.  There are many malware threats running wild and the sophisticated purveyors of of these threats know that Microsoft will not patch vulnerabilities after April.  There is a good chance many threats are being developed for or held for release subsequent to the end of support date.  Now is the time to move to Windows 7 or even Windows 8 (if your line of business apps will support 8).

Go West IT has been supporting Microsoft Exchange for a long time.  Our network engineers and support desk has an immense amount of experience with Exchange.  That skill set continues to evolve as our customers move to the cloud and onto hosted Exchange platforms.  As of April 30, 2013, Go West IT has helped 38 customers with 853 users move to the Microsoft Office 365 platform.  Services include hosted Exchange, Lync, SharePoint, and Microsoft CRM.  The Office 365 suite is a fantastic value for customers who are ready for an Exchange upgrade or who need a more robust email hosting platform.  Services start at just $4\user\month.

Microsoft is discontinuing support for Windows XP SP# and Office 2003 on April 8, 2014. This means that Microsoft will not provide automatic fixes, updates, or online technical assistance beyond that date. If you are currently using the Windows XP or Office 2003 operating systems, it is critical to update to Windows 7 before the first quarter of next year.

Running Windows XP SP3 and Office 2003 in your environment after their end of support date may expose your company to Security & Compliance Risks because unsupported and unpatched environments are vulnerable to security threats. This may result in an officially recognized control failure by an internal or external audit body, leading to suspension of certifications, and/or public notification of your organization’s inability to maintain its systems and customer information.

In addition, without Microsoft support, you will no longer receive security updates that can help protect your PC from harmful viruses, spyware, and other malicious software that can steal your personal information.

If you would like to talk about your upgrade options, please just give us a call. As always, we are here to ensure that your IT infrastructure is well supported and meeting your business objectives. (303) 795-2200.

Go West IT has been supporting Microsoft Exchange for a long time.  Our network engineers and support desk has an immense amount of experience with Exchange.  That skill set continues to evolve as our customers move to the cloud and onto hosted Exchange platforms.  As of April 30, 2013, Go West IT has helped 38 customers with 853 users move to the Microsoft Office 365 platform.  Services include hosted Exchange, Lync, SharePoint, and Microsoft CRM.  The Office 365 suite is a fantastic value for customers who are ready for an Exchange upgrade or who need a more robust email hosting platform.  Services start at just $4\user\month.

We’d like to introduce you to Antonio Escamilla, one of the Go West IT Network Engineers. Antonio helps our customers make the most of their technology by assisting them with everything from routine tasks, such as configuring new users and computers, to major infrastructure changes, such as server deployments, network design/redesign, and business relocations.

Antonio started his career at the help desk of a Denver-based statewide health insurance company. From there he worked his way up through several positions including EDI Operations Technician and Network Technician, gaining as much variety of experience as he could. After working as a Network Administrator for a locally-owned bank in Greenwood Village, Antonio joined the Go West IT team of Network Engineers.

When asked what he most enjoys about his job, Antonio responds, “I love the variety! Every day is different, and I’m able to help so many people all across the metro area.”

David Lewien, President of Go West IT, remarked, “Antonio has been a fantastic addition to the team. He will jump into any task no matter how large or how small and is always willing to help out wherever we ask.”
Antonio was born and raised in Denver and says he can’t imagine living anywhere else. He particularly loves the variety of Colorado weather and loves the indoor/ outdoor balance that a life in Denver affords. “Denver has the benefits of a big city and in the shadow of the Rocky Mountains, there is so much of nature to enjoy!”

Antonio is married with two adorable children. He spends most of his free time playing with his kids and says that he loves nothing more than watching his children learn and grow.