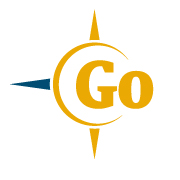 Do you remember when Windows XP reached the end of its support lifecycle? We sure do, and it’s about to happen again with Windows 7 and Server 2008.

Microsoft supports their operating systems for a minimum of 10 years following public release, after which, they pick a date to end all security updates for good. This is what we call End of Life, or EOL.

Windows 7 and Server 2008 are reaching EOL on 1/14/2020 just like Windows XP did in 2015. This does not mean that your computer or server will power down on 1/14/2020 and refuse to turn back on. What EOL means is simply that you Windows 7 PC or Server 2008 has received its final security update on Tuesday, 1/14/2020, and will forever remain unpatched and unprotected from vulnerabilities that become known after that date.

Why is EOL a concern?

Microsoft is actively fighting cybercrime for the greater good.
Scroll to top